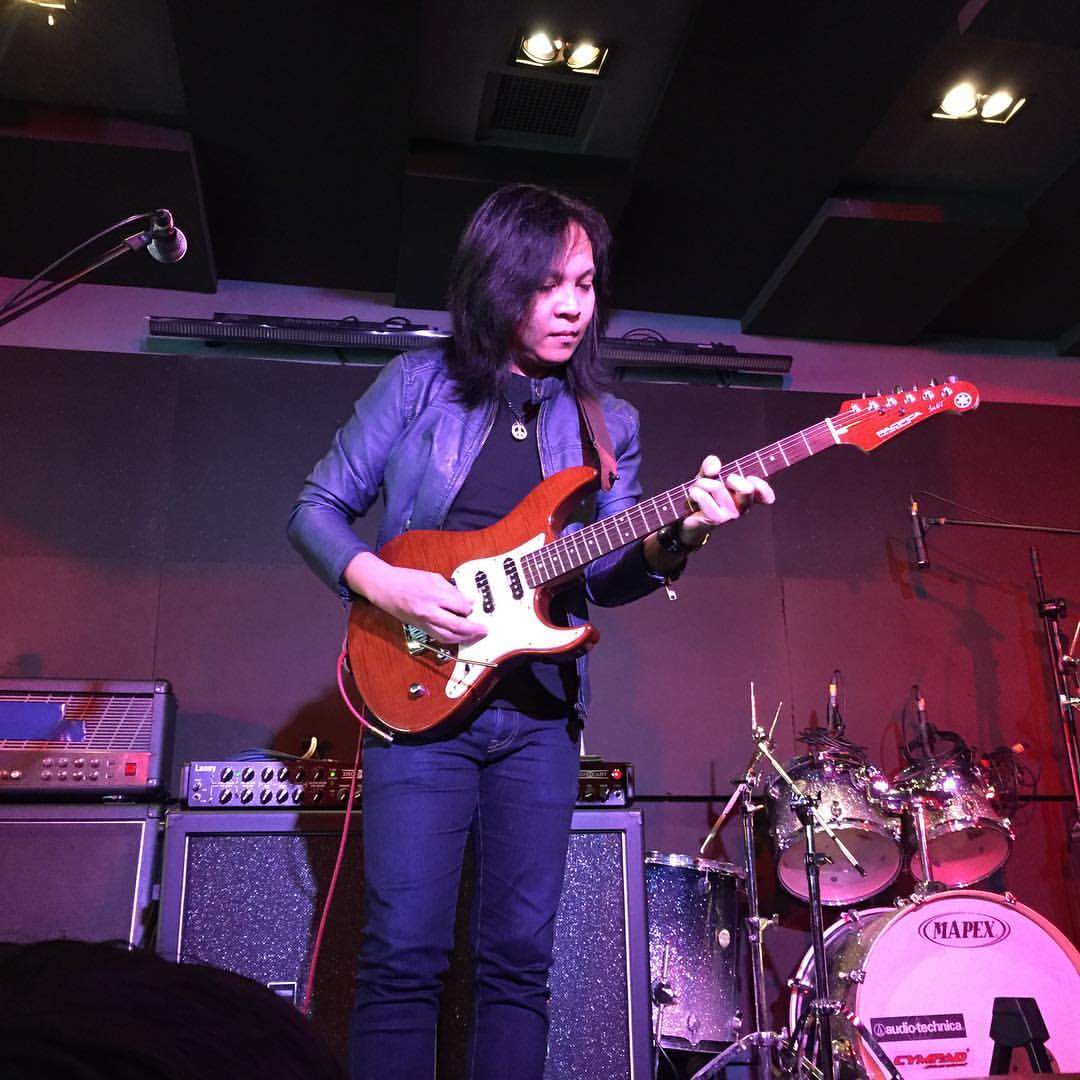 Jack Thammarat is my Teacher!

I can finally call Jack Thammarat my teacher!

Jack is no stranger to Singapore and has been coming for masterclasses, clinics and shows on our sunny island over the years. He was here doing shows as early as 2012! This, mainly thanks to his success in the 2009 Guitar Idol competition and his endorsements with various brands and the small but active guitar scene in Singapore.  Because he is such a successful artist, it was hard to imagine that I would actually be able to call him my teacher one day!

How I first met him 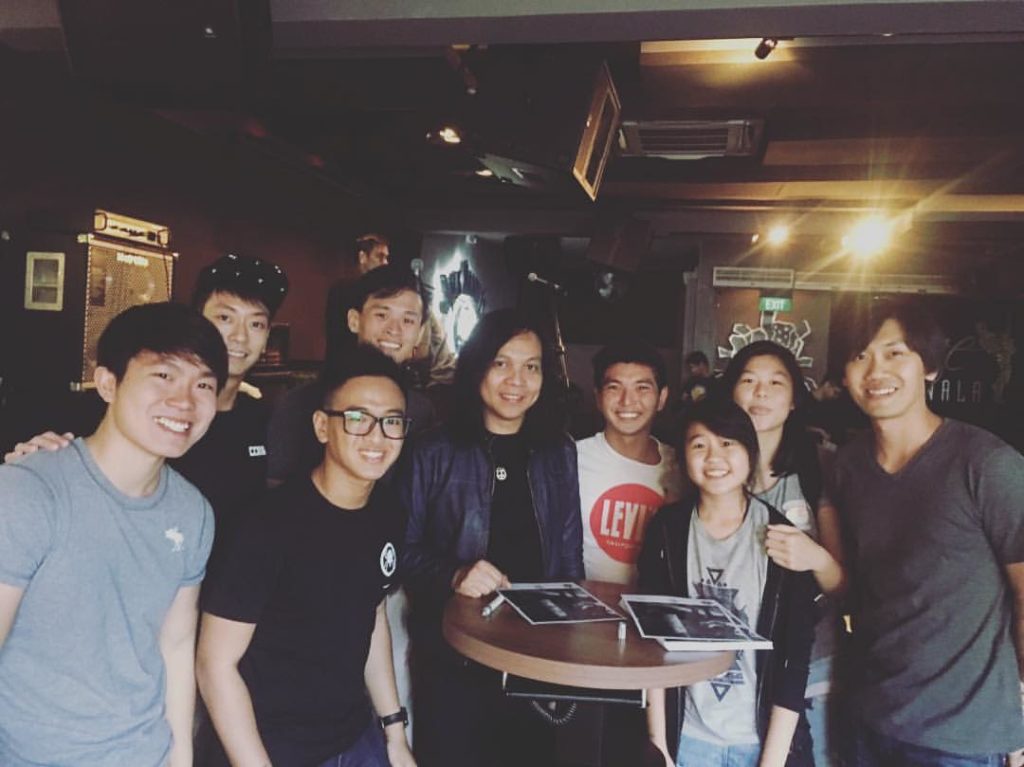 It was during a clinic he did back in 2016. Vinnie Classroom was still a very young music school and I was desperate to make it work. As you can imagine, I felt lost from time to time. However, the stars aligned and we received information that Jack would be coming for a clinic. I gathered my students and brought them to the show and boy, were we all inspired! His playing was phenomenal and might I repeat, inspiring. After he left, I started working really hard on my guitar all over again. Our students were also motivated to perform better during our recital. Of course, he don’t know what magic he did for us.

I went to Chiang Mai for lessons! 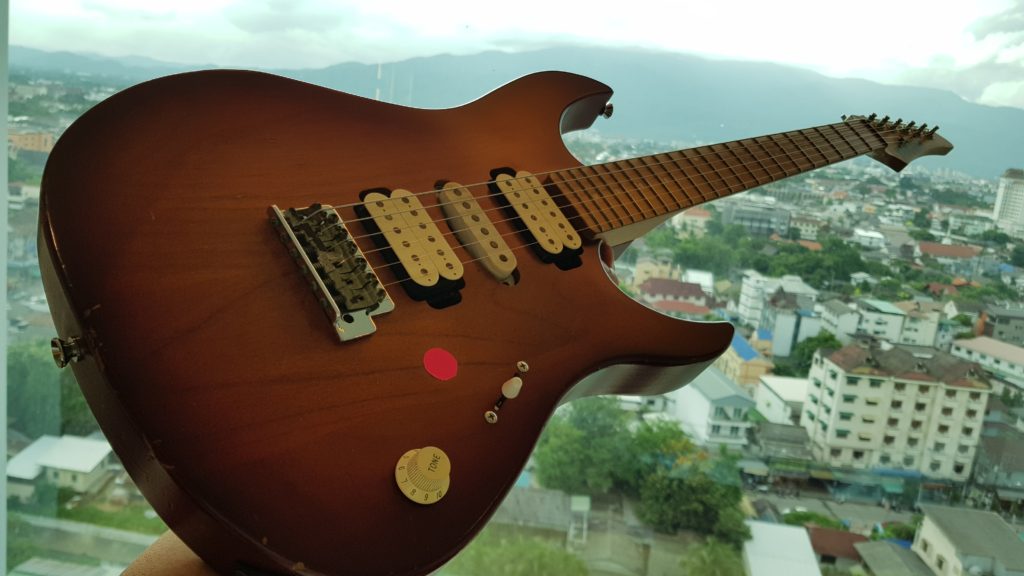 So about a year ago, I met Jack again at another Masterclass he did in Singapore. This time, I felt the need to bring things to another level. I was hoping to have lessons with him, probably via Skype. Never did I expect myself on a flight all the way to Thailand to have up close and personal lessons with him!

My view for the full 60 mins was nothing but astonishing! Jack’s playing is nothing short of jaw-dropping. However he didn’t get this because he was born genius or because “he simply has it”. It was nothing but extreme hardwork. Having one-to-one lessons also made me realise so much about my own playing! Jack would ask me to play some lines and he would immediately set to work checking all my flaws and bad habits. I never knew I was so bad in my guitar playing! However, that’s ok and as a matter of fact AWESOME! Because the best way to improve is knowing where you went wrong and correcting mistakes accordingly! I felt I improved by a whole lot in just the first 60 mins than if I were to continue working hard blindly on my own for another year. This is the thing I always emphasize about having an actual guitar teacher than doing skype lessons or learning on YouTube. This was just unbeatable. 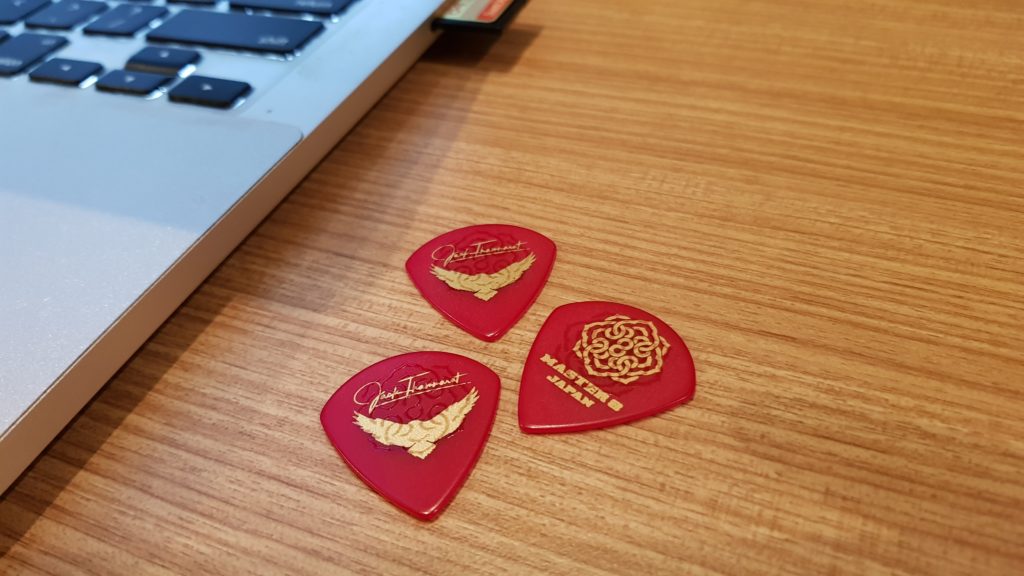 Jack Thammarat has some awesome new picks made for him!

At the end of the lesson, I was given 3 guitar picks and A HEAP OF HOMEWORK! I will be spending the next 2 days practicing hard in Chiang Mai before I go back for another lesson with him! After that, Jack will be continuing his tour with Wang Leehom in China. These guitar picks are his latest signature picks and I have to say they feel really good on the strings! There is this rubbery texture that helps with the grip. The sharp end of the pick cuts the string at just the right angle. The size feels great and most importantly I like how it is Red and Gold. Jack’s logo looks really awesome too! Ok, too much of talking.. I should head back to the woodshed!