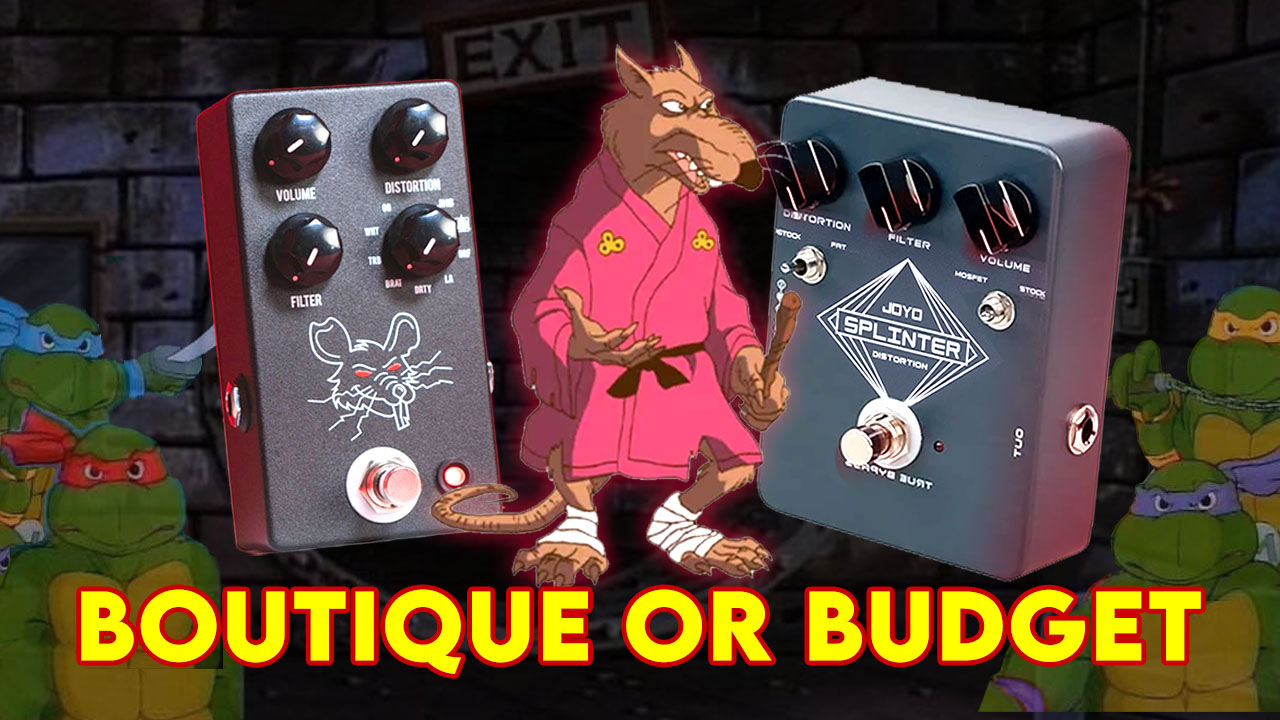 By Vinnie Mah Gear No Comments

Proco Rat, possibly one of the most cloned pedal.

Unless you have been living under the rock, JHS just released their version of the Proco Rat clone pedal! So far, it has been taking over the industry like the Black Death. But is the JHS rat clone any better than any other clones that came before? Or, has it surpassed the original and claimed the throne of THE rat? Let’s take a look at the top 10 Rat clones that came before.

Joyo Splinter is actually very cleverly named! The 90s will definitely know the Master Splinter of Teenage Mutant Ninja Turtles reference! Splinter is inspired by the Proco Fat Rat, spotting the exact same controls. It is switchable between a more amp-like tone versus the original tone with mosfet/germanium clipping diodes versus stock silicon clipping diodes. The stock and fat switch does as it says, boosting the lower frequencies to produce a beefier tone at the flick. Cowabunga!

Pros: Getting the classic Fat Rat at a fraction of the price. Sounds really awesome!

Cons: The filter knob seems to be tuned too dark for most usage. I had to set it to 10 most of the time to get a decently bright tone. I explained more about this issue in my video below! 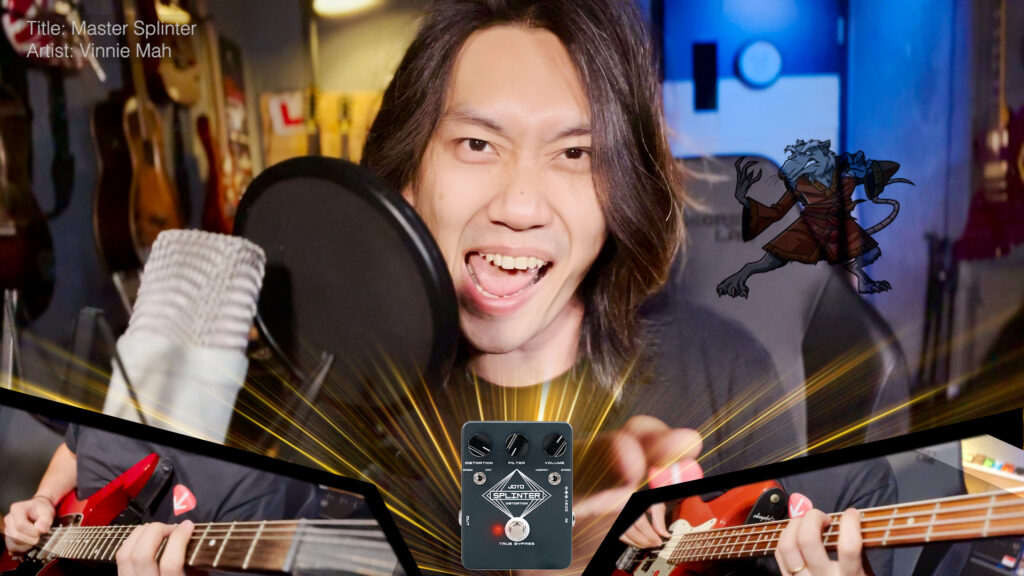 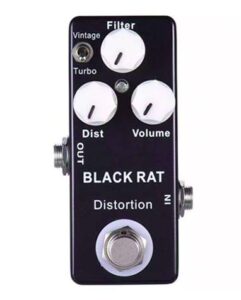 The Mosky Black Rat Distortion is perhaps one of the most talked-about rat clones in recent pedal history. This is simply due to the fact that it is dirt cheap and comes in a tiny form factor! Traditional pedals are not exactly big and modern ones are getting smaller. However, the trend of mini pedals took off about 3 years back and everyone has been building their mini rigs ever since. Proco on the other hand has not been helpful. Fans have been asking for a mini rat for years. But instead of announcing a pedal in the “standard” mini pedal format, Proco went ahead with their usual rebellious character. The Lil Rat is 2″ wide instead of 1 inch like all other mini pedals.

Pros: Sounds very similar to the original Rat under Vintage mode. Turbo mode changes the pedal into the Turbo rat, introducing a fuzzier tone. Easy repairing and modification as it uses regular electronic components instead of SMD. Again, dirt cheap.

Cons: Does not look cool on your pedalboard with that cheap enclosure build quality. Obnoxiously bright blue LED requires a tape or resoldering a new LED/resistor to dim. 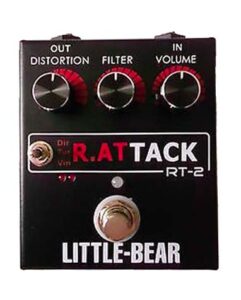 A little less known Rat clone, possibly because it isn’t very affordable and the company has since disappeared. You can still find them available from time to time but the price has remained high despite being an old model. However, it is still one of the better rat clones in terms of tone. The only difference I can hear is that it sounds a little darker than the original. Though that isn’t something we can’t fix with an EQ pedal or in post.

Pros: It has 3 modes, Dirty/Turbo/Vintage, that is 3 pedals in one!

Cons: It uses cheap parts especially the pots and jacks. These will be the first to fail over time.

Not to be mistaken for Mosky, the Mooer is a different company even though they are both from China. Spotting the same mini pedal format and 2 modes of Vintage and Modern, even I got confused when I first realized they are 2 different pedals. This pedal features the same Op-Amp LM308 as the original Rat and that says a lot about the tone you can produce out of this tiny enclosure. Truly a tough fight between the 2 M.

Cons: The tiny level and filter make it hard to see or adjust on stage with dim lighting.

We are all entitled to our opinions and legal matters should be left to the companies. As end-users, we are at the vantage point and definitely spoiled for choice! If you want something cheap and don’t see an issue with a China-made pedal? Go for it. If JHS’s 9-in-1 clone makes you drool, go for it. If you think the only right Rat is the original Rat, go for it. Because at the end of the day, the audience doesn’t care about which version of the Rat or clones you are using. They care about if your song (not tone) sounds good to them.

To find out how you can learn to play the guitar and compose cool tunes like our demo, click here.