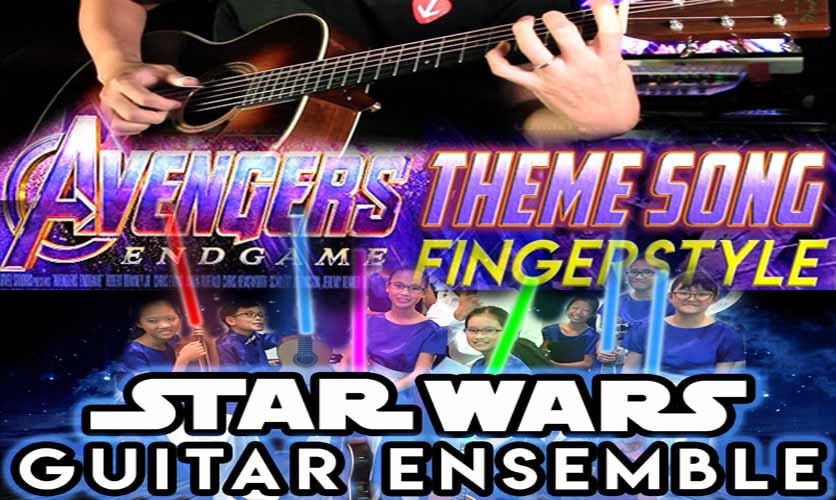 Star Wars fans out there will need no reminder that May 4th is Star Wars Day!
Remember too, Yoda’s famous quote:
Do. Or do not. There is no Try (From The Empire Strikes Back).
Commit yourself to something completely, win or lose.
May the Force be with You!

A big pat on the back for our student,
Nigel Oh who was awarded a distinction
for his Grade 1 Acoustic Guitar exam,conducted by the London College of Music.
Nigel started learning the instrument a
little more than a year ago. Nigel’s teacher
Mr Tan Swee Siang said, “It’s a
pleasure to teach Nigel. He’s a keen learner and
always

interested. I’m seeing talent in him
and I’m proud of his achievement!”

Nigel said, “I feel this sense of accomplishment
and satisfaction for my first exam! I am
determined and looking forward to
master more from my mentor!”
Well done, Nigel!

The fact that Avengers: Endgame was 3 hours long and no one so much as complained says something about this epic superhero movie. We pay tribute to the Avengers theme song which carries so much power and heart. Vinnie Classroom salutes this iconic finale with an acoustic fingerstyle arrangement, so enjoy!
YouTube Drumming Sensation in Singapore
German drummer Anika Nilles built up a name for herself with 17 million views of her videos. Anika’s playing style is distinguished by her strong groove, her finesse in technique, and her unique sound! Born into a family of drummers, she started drumming herself at age six. Anika is conducting a Masterclass on 18 May at 6.30pm, B1 Star Plaza at the Star Vista. The event is open to the public. We will be there to watch this drum maestro live in action, so join us if you can!

1 May – 25 Sept Registration open for Rockschool Exams Tour C.
(If you want to register let your guitar/drums teacher know)

Music Facts You Didn’t Know
Listening to music while working out can improve performance.
It’s true! Music provides an ideal accompaniment when you exercise. Not only does music divert the mind from sensations of fatigue, loud, upbeat music can also
“psych you up”. Musical tempo helps synchronize movements which leads you to perform more efficiently and trains endurance! So next time you work out, choose a
playlist that will make you feel good. And also lets you burn more calories at the same time!
0 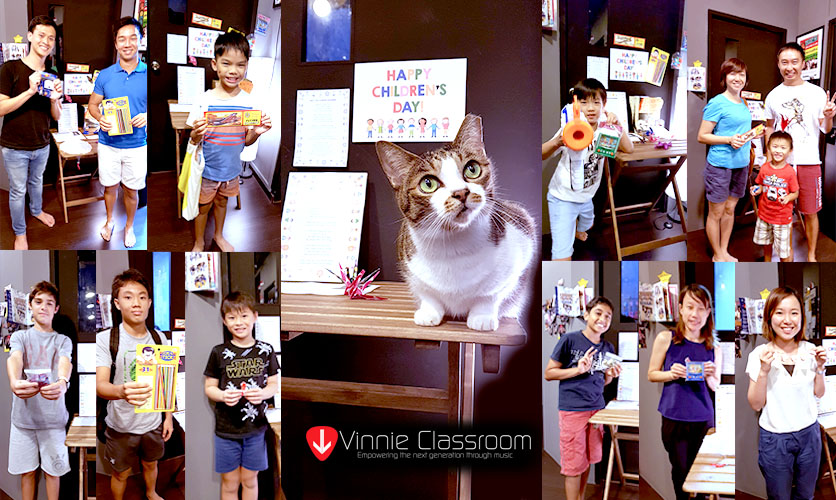 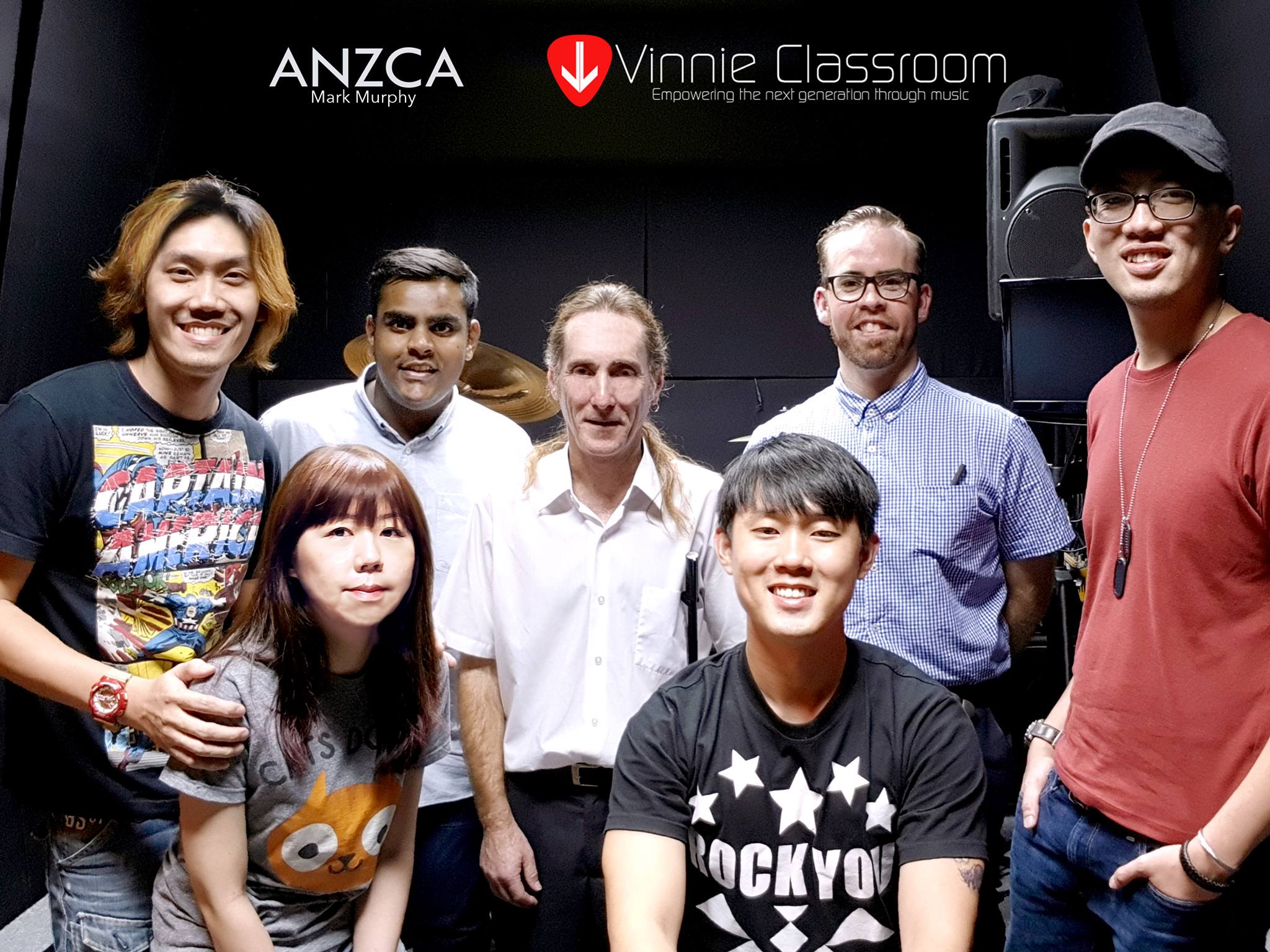 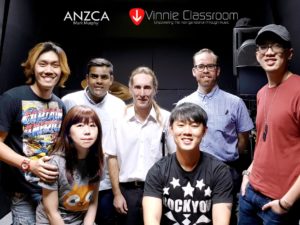 Mark Murphy is the author and examiner for ANZCA drum examination. Mark is a very inspiring drummer to watch. Every of his note is musical! You could say that his drumming is melodious!

The workshop organised by the school gave me a deeper understanding on the syllabus and how entire grading system works! The pieces from the different levels was really good because it covers a lot of technicality, genres and wide arrangements of playing styles. It urges me to take on their diploma program! Hoping to start it real soon. Thank you Mark Murphy and Greg Stone for sharing so much of stuffs in the short time and answering all the questions thrown to you guys, also great shout to both key person that organised this for us, Vinnie and Zee.
– Joash

“I really appreciate the effort from Mark Murphy and Greg Stone for making the trip down to Vinnie Classroom, ensuring that we understands the ANZCA syllabus. The session was informative, and at the same time inspiring. Not only did Mark showed us how were the syllabus structured, but also explained why did he craft it in such a way that it’s going to help all drummers out there eventually. It was an awesome experience chatting with the man behind the books.”

The meeting was informative and an eye opener to the syllabus. I learned a lot about the syllabus and will definitely consider the syllabus for my students. Mark is very knowledgable and passion about drum education, very impressed.
– Zhiyang 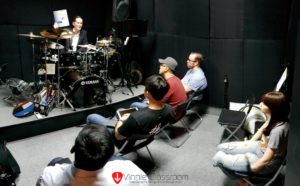 Thank you for dropping by and sharing all the knowledge so selflessly! Mark Murphy and Greg Stone, we were all very thankful for your visit and the insightful session! Looking forward to meeting you again! 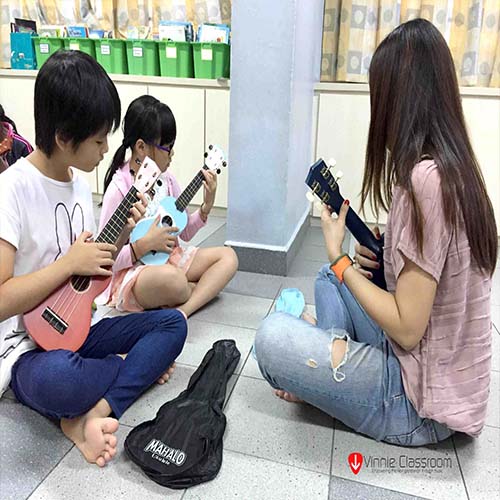 5 Reasons why you should send your kids for lessons this 2016!

As from the Wikipedia source:

In order for us to be smarter, we need to exercise our brain. This can be achieved through music playing. It is a common sight to see top students doing well in music. It is an equally-common misconception that these students are able to play a musical instrument well because of their ability to study well. Actually, this could work both ways.

There are indeed many ways and methods to do cognitive training but what else can be more fun and enjoyable than picking up a music instrument?
Watch former U.S. President Bill Clinton on the saxophone!

In music, there is never a one-way path or model answer. Music is an art form and because of that, there are always multiple ways to solve a problem using different approaches! This improves how a child would tackle daily problems – they would be able to come up with various ways to complete a certain task better! Creative thinking is also something that is fundamentally-lacking in most people born and raised in Singapore. Most of us are “model answer” and “10-year series” students. But in life, there is hardly a model answer to things.

Watch our how our lessons are conducted!

In a musical band, there is no place for anyone to stand in a corner and simply ‘play along’. There is a high need to interact with the other musicians. The next time you see a ‘getai’ performance, take a walk to the back of the stage area where the band is. You’ll be surprised they are able to communicate to each other without the need to talk. The common words used in the music industry to describe this would be “tight” or “solid”. This refers to the band being able to play as one. Try clapping 10 claps with someone next to you now and try doing that with a group of 5 or more. You will realize it gets more difficult as the number of members increases. This is when teamwork comes into play. Behind glamorous stage performances, band members often have to go through multiple conflicts and conflict resolutions. They will learn to exhibit a high level of teamwork as they grow as a band. They will learn how to be more sociable, which in turn increases their EQ level.

Watch the Vinnie Classroom Band perform Mr Big – Nothing But Love! See how important teamwork is in a band!

Needless to say, in order to get a group of people working together, there must be a leader. I’m sure you’ve been into this awful situation where you meet up with a group of friends but have no idea where to head after dinner! This doesn’t mean that everyone will need to fight to be the leader of the band. There’s always the possibility of taking turns to have a say in a band and that’s what playing in a band is about. Students lack sufficient opportunities to develop their leadership skills in a typical classroom environment. Or even, should they join any CCA, they’ll need to be the the selected few in order to have any say. On the contrary, in a typical 4-piece band for instance, your child is responsible for 25% of the overall decision making.

5) GAIN CONFIDENCE AND BE HUMBLE AT THE SAME TIME

There are only a few types of activities that will help your child gain confidence and be humble at the same time, and they are usually extreme sports and the less extreme music. A budding musician will learn that there are many others who can play as well or even better than them. This keeps them checked and forces them to stay humble. They gain confidence by gaining valuable experience from performing their music. Be it on camera or in a live performance setting, their confidence levels increase as they perform.

Watch a performance from our first recital last year!

Here at Vinnie Classroom, we want to empower the next generation through music. We believe music education is the key to bringing out the potential in everyone, young or old. Music lessons can be a great alternative to boring tuition which often comes at a hefty price. If your child has never learned any musical instrument, why not give it a try? If they took lessons but stopped, find out why and encourage them to pick it up again. If you are the child, show this article to your parents and start your musical journey! ☺

Find out what we have to offer here!