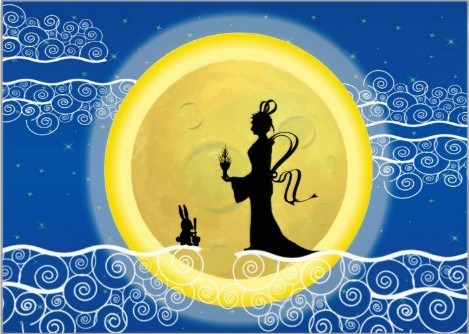 In Chinese culture, music is an expression of the perfect harmony between the Earth, human beings, and the heavens above. Many ancient Chinese scholars composed music and poetry to praise the moon’s celestial power and its beauty. The Mid-Autumn Festival began in the early Tang Dynasty (618–907). It is now almost as important as Chinese New Year as one of the top traditional Chinese festivals.

The Mid-autumn Festival is associated with the moon and “moon appreciation” (shangyue) parties. This is partly because the moon is at its brightest during this time. This Festival is also known as the Reunion Festival. Not surprisingly, mooncakes, shaped round like the full moon, signify reunion. Origin stories of the festival can be found here.

Called Mid-autumn because it falls on the 15th day of the eighth lunar month, the Festival is on 13 September this year. As you celebrate it, remember the connection between music and the moon – whose eternal nature inspired Chinese artistic tradition.

People always recall this song “The Moon Represents My Heart” during the Mid-Autumn Festival. Given the significance of the moon in Chinese culture, it expresses a love that is unchanging, like the moon. You too can learn how to play this piece on an acoustic guitar or the piano!